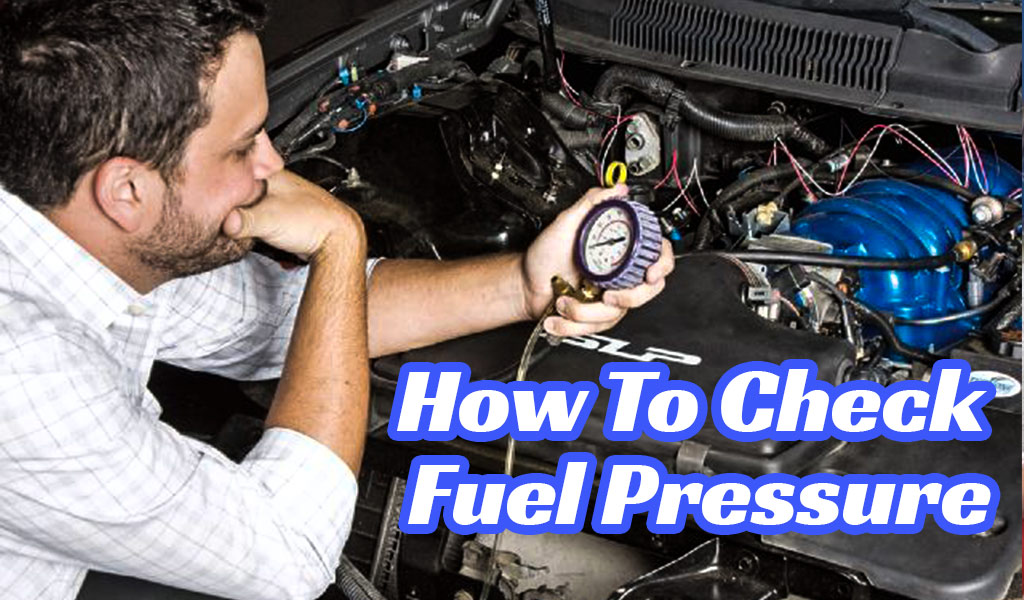 Have you any experience of getting bored for the engine standstill? It's awkward when you are on the way and the engine deadlocks due to the absence of fuel. Though it is important to check the fuel pressure before starting the vehicle.

Moreover, a fuel pump can be damaged due to insufficient fuel pressure. It’s a costly mistake to replace a fuel pump in which fuel related problem causes behind it. So, test the pressure, volume and electrical integrity of a fuel system before condemning it.

So, as a conscious user, you should know how to check the fuel pressure to avoid unexpected circumstances.

How to Examine the Fuel Pump

A fuel pump shows the warning signs before the engine going out of order. It can be a breakdown, and the repairing can be costly. So, diagnosing the problems can help you a lot to avoid such huge compensation.

Check for the leaks

Checking leaks is crucial before taking the car for a ride. You can check the leaks by following ways:

FPR is a metallic cylinder that has a slender vacuum hose to test the pressure. It has attached on the upper side. So, when you open the hood, follow the fuel rail to find the FPR that is one the rail’s ends. The FPR has both the fuel inlet and the fuel outlet.

Moreover, you may find the FPR locating in the fuel tank in many latest cars. So, find the FPR carefully if you don’t look it at the end of the fuel rail. Even computers are used to check the pressure for the last-end cars and other vehicles.

After locating the fuel pressure regulator, now make sure that the vacuum hose is connected tightly. If you fail to connect the hose tightly, the Fuel Pressure Regulator won’t work. Then inspect the wearing tearing of the hose and then detach the vacuum line from the FPR.

Here is the turning point. If you find any signs of the fuel in the FPR, it shows a leak in the fuel tank. You must replace the regulator to avoid the leaks. On the contrary, you can go on the test if you find no leaks on the regulator.

After checking the FPR, you have to come for test the pressure. So, let’s start:

Generally, most cars come with a test port for the fuel injector. It is used for testing the pressure. However, if your car misses it, you may need to use an adaptor for the testing. However, you should avoid delivering too much fuel to the engine or inject the rich mixture into the fuel tank.

However, you can easily find the problem from the symptoms. If the starting is hard, hesitation or misfiring is regular, and you should inspect the problem. Your negligence may result in dangerous incidents for both the cars and the money.